When I first decided I wanted to make an itabag, I wasn't sure what the theme should be. Most bags are based around an anime character, but there wasn't a specific anime character I felt strongly enough about to devote an entire bag to them. So instead, I made an itabag to celebrate Neil Cicierega and his music, since that was my biggest interest at the time. Behold: the Cicieritabag.

The teal and orange theme is inspired by the cover of Mouth Moods. I got permission from a bunch of the Lemon Demon fandom's amazing artists to turn their art into buttons. I made most of the buttons myself with my local library's button maker, but I ordered the larger ones from ArtsCow. I included some other decorations as well: there's a tie pin that looks like Neil's silver glasses, some thematically appropriate enamel pins, a Siamese cat tsumtsum, mini keytars made by my friend Bluefoot, a lemon slice keychain, and toy food. Oh, and there's also a fucking snake in it. 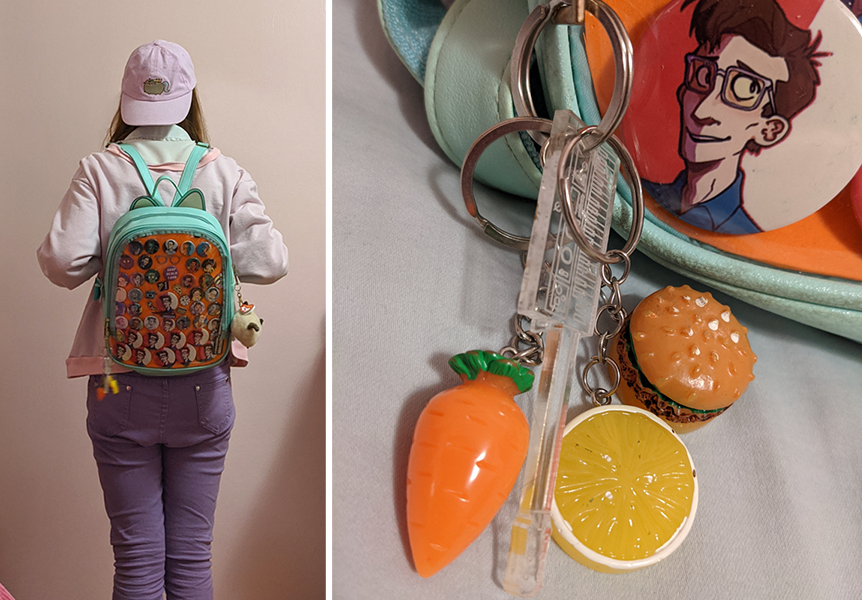 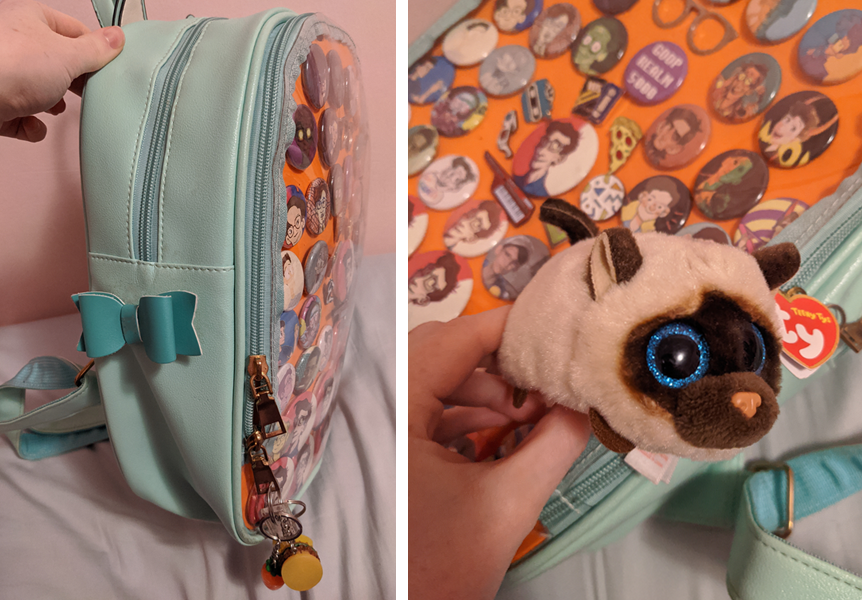 (N.B.: The only official Lemon Demon merch that could really go in an itabag is a single set of buttons from 2012. As far as I know, these were only sold in-person at Youmacon that year, so they must be pretty rare. I'd love to own them, though. If anyone has them and wants to sell, please hit me up!)